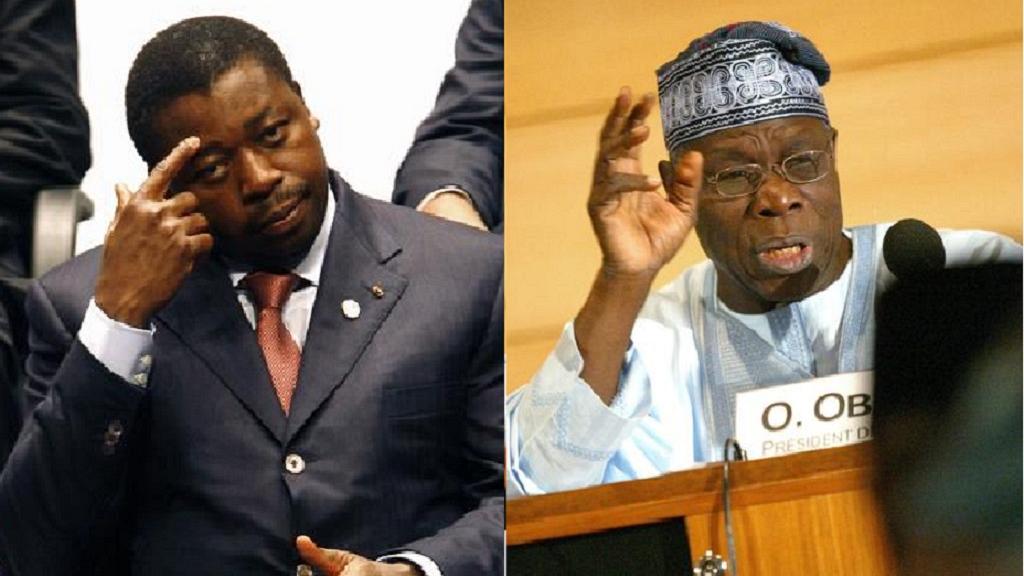 Faure Gnassingbe has nothing new to offer Togo after 12 years: Obasanjo 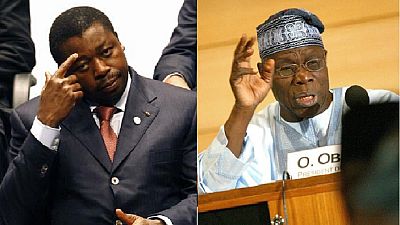 “I believe whatever he (Faure Gnassingbe) has to do in terms of development, whatever ideas he has, he must have exhausted them by now, unless he has something new that we do not know,” this is the view of ex-Nigerian President Olusegun Obasanjo on the unfolding political crisis in Togo.

He also adds that it is important that the Togolese leader takes concrete action on the anti-government protests that has rocked the country. “I believe that President Faure Gnassingbe will have to do something about it,” Obasanjo told the BBC Africa service on Friday.

On the question of whether the 52-year-old should step down as demanded by protesters, Obasanjo said, I believe he should have a new constitution that will have limits to the number of terms that anybody can be president and he should abide by that.

I believe whatever he (Faure Gnassingbe) has to do in terms of development, whatever ideas he has, he must have exhausted them by now, unless he has something new that we do not know.

Faure was a minister until 12 years ago when his father Eyadema died after 38 years in office. Forty years at the time, the army swore him in as president to the anger of the international community. The laws demanded that the speaker of parliament takes over after a president’s death.

He stepped down and was fielded as a candidate in 2005 polls which he won after deadly opposition protests. He has since won two other contested polls – 2010 and 2015. Two-term limits were scrapped year ago alloing him to stay on.

Even though his current mandate runs till 2020, the main opposition demand is that he steps down immediately or faces more protests in the coming days. A new proposal has been tabled to cater for the protesters demands but they have dismissed it as a ploy for Faure to buy time and hang on.

Obasanjo and the then ECOWAS secretary-general, Mohammed Ibn Chambas of Ghana, were key players in finding a solution to the political crisis of 2005. Incidentally, the current ECOWAS chairman is Faure Gnassingbe – he took over from Liberia’s Ellen Johnson Sirleaf this year. 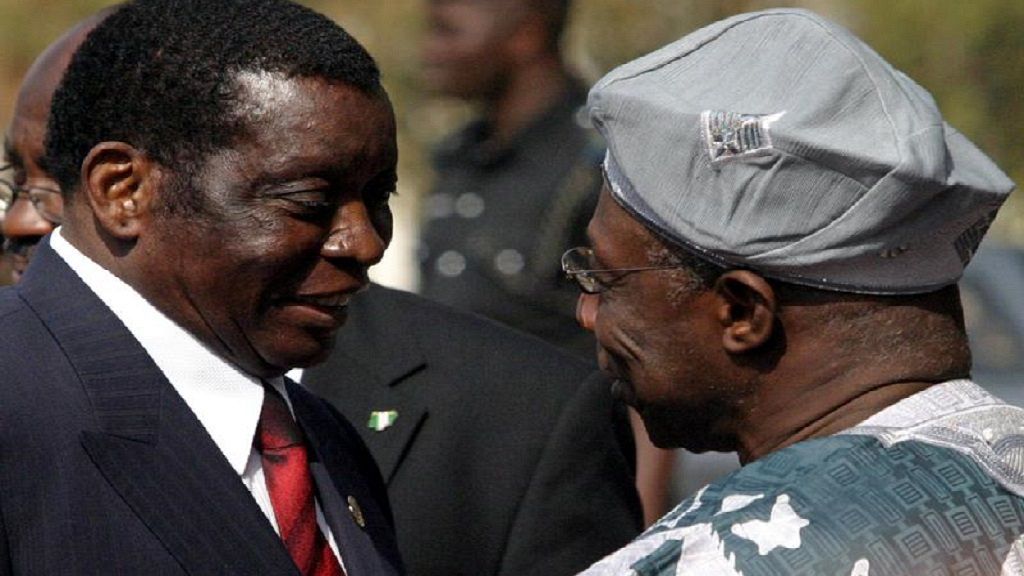 Before the All Progressives Congress (APC) came to power in 2015, the current opposition Peoples Democratic Party (PDP) had ruled Nigeria since the country’s return to democratic rule in 1999. The PDP’s first leader was Obasanjo, who had two four year terms.

His plan to extend his stay in power was stiffly opposed and he eventually handed over to Umaru Musah Yar’Adua of the PDP. Obasanjo is a regular election observer on the continent especially for the Commonwealth.