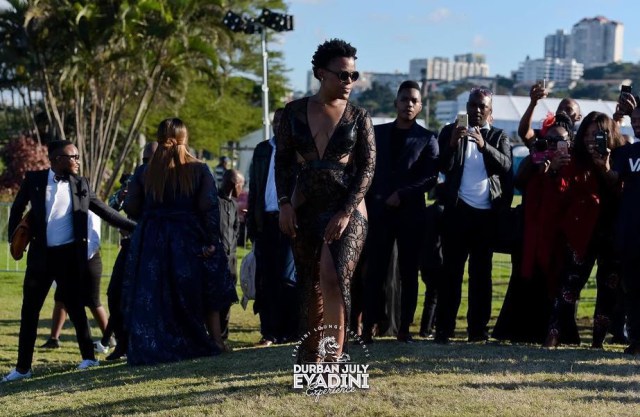 claiming the destruction of moral values in the nation, controversial South African dancer

Zodwa Wabantu was barred from performing in the countryZodwa Wabantu is one of the few people in the region who has decided to publicly show what they are good at, even if it may put her in the path of moral soldiers. And even the way other countries in the region treat makes it all the more controversial.

On Saturday, immigration authorities in Zambia deported Rebecca Libram who is popularly known in entertainment circles as Zodwa Wabantu. She was billed to appear as the star guest for an album launch in Lusaka when the authorities detained her upon arrival at the  Kenneth Kaunda International Airport at 21:00 hours Friday night.

Although much detail was not proffered regarding her deportation, it still is the same issue of “morality” that saw her being sent back. The authorities only said that she would not be granted permission to perform because that would be contrary to national morals.

A reason hovering around the issue of “undermining national values” was seen on social media site Twitter. The  National Arts Council told the promoter, Sunset Sound Production, that she could only attend as a guest because allowing her to perform was against “public interest and national values”.

Last year, Zimbabwe’s acting Tourism minister Patrick Zhuwao declared that the South African would not be allowed to perform at the Harare International Carnival. It raised the ire of many men, but the acting minister stood by his word and she did not come to the country. The ministerial decree followed a complaint by Zimbabwean actress Anne Nhira that Wabantu should keep off the event since she was not a Zimbabwean, dressed scantily and was a lesbian.

In as much as the moral high ground is claimed by those who purportedly assert it, the fact that many people want Zodwa to perform in their countries is not a secret.