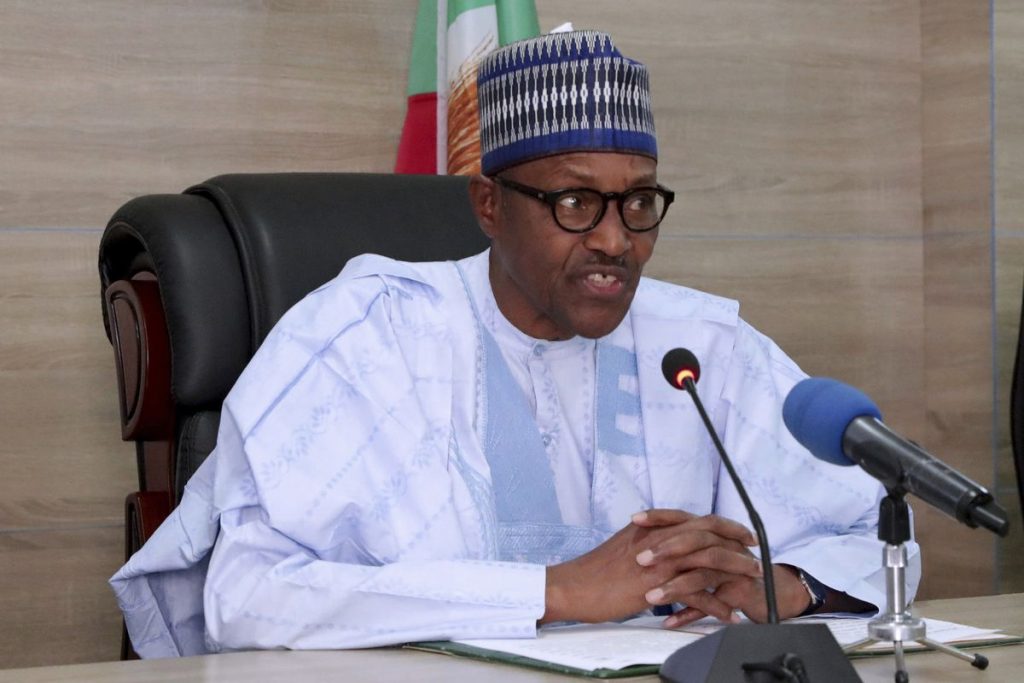 I join my fellow citizens this morning to welcome and celebrate the New Year 2018. This year promises to be pivotal in our quest for CHANGE.

Unfortunately, I am saddened to acknowledge that for many this Christmas and New Year holidays have been anything but merry and happy. Instead of showing love, companionship and charity, some of our compatriots chose this period to inflict severe hardship on us all by creating unnecessary fuel scarcity across the country.

The consequence was that not many could travel and the few who did had to pay exorbitant transport fares. This is unacceptable given that NNPC had taken measures to ensure availability at all depots. I am determined to get to the root of this collective blackmail of all Nigerians and ensure that whichever groups are behind this manipulated hardship will be prevented from doing so again.

Such unpatriotism will not divert the Administration from the course we have set ourselves. Our government’s watch word and policy thrust is CHANGE. We must change our way of doing things or we will stagnate and be left behind in the race to lift our people out of poverty and into prosperity.

My address to fellow Nigerians this morning is devoted mainly to informing you about the intense efforts this Administration is putting to address our country’s huge infrastructural deficit.

We are going to make significant in-roads in advancing road, rail and power projects across the country.

The Ministry of Power, Works and Housing is one of the drivers of this Government’s commitment to renew and increase Nigeria’s stock of infrastructure in order to achieve global economic competitiveness as targeted under the Economic Recovery and Growth Plan.

With regards to Railways, we have set ourselves ambitious targets. Already in construction stage is the Lagos-Kano Standard Gauge Railway.

The line should reach Ibadan from Lagos by the end of 2019 and will carry two million passengers per year and five million tons of cargo will be transported every year giving a substantial boost to the country’s economy.

Construction of the Kano – Kaduna segment is expected to commence this year and reach Kaduna by the end of 2019. By the end of 2021 the two ends will be joined so that we will have standard gauge railway across the main North-South trading route.

The Abuja – Kaduna route will be boosted by additional rolling stock next Thursday and will be able to handle one million commuters annually.

At the same time I have approved and negotiations will be concluded in the first part of this year for the Port Harcourt to Maiduguri line covering Aba, Owerri, Umuahia, Enugu, Awka, Abakaliki, Makurdi, Lafia, Jos, Bauchi, Gombe, Yola and Damaturu.  The Abuja to Itakpe line will go through Baro and terminate in Warri with construction of a new seaport at Warri.

Negotiations are also advanced for the construction of other railway lines, firstly from Kano to Maradi in Niger Republic passing through Kazaure, Daura, Katsina, Jibia to Maradi.

Secondly, Lagos to Calabar the “Coastal Rail”  through Ore, Benin, Agbor, Asaba, Onitsha, Sapele, Ughelli, Warri, Yenagoa, Otuoke, Port Harcourt, Aba, Uyo and Calabar.  In the next few years, all these Nigerian cities will be linked by functional modern rail systems, giving enormous boost to the social and economic life of our people.

With respect to the Abuja Capital Light Rail, progress has reached 98% completion, as at 64% completion when we assumed office.  Only test runs remain before start of operations.

This train service will stimulate economic activities in the Federal Capital and provide residents with an efficient and safe transportation system.  Twelve railway sub-stations around the capital over a 45.2 kilometre route will serve as a catalyst and a pull factor to the economy of the area.  The Light Rail System will reduce traffic congestion and carbon emission in line with the Administration’s policy on climate change.

Twenty five major highways will be funded under the N100b SUKUK facility. Each geo-political zone will benefit by an equal amount of N16.67b. The following major highways are to receive special attention:

i.    Dualization of Suleja – Minna Road.

In addition, Government has approved work to start on the re-construction of Abuja – Kaduna – Zaria – Kano road which is in a state of disrepair. Work will soon start and is expected to be completed in 2019.

More Nigerians across the country are experiencing improved power supply to their homes and businesses.  However, power remains a concern to this government because too many people still do not have regular and reliable supply.

The Payment Assurance Guarantee Scheme which started in January 2016 has enabled the Nigerian Bulk Electricity Trader to raise so far N701 billion to assure Generation Companies of at least 80% payment for any power delivered to the national grid.

Consequently, generation has now reached 7,000MW. On December 8, 2017 the country achieved 5,155MW of power delivered to consumers, the highest level ever recorded.

Several moribund projects have been revived.  Repairs of Afam Power Station added 110MW in 2017 and another 240MW will be added this year through a private investment partnership.

Katsina Power Project is now being tested and producing 10MW of power from wind for the first time in Nigeria.  It should be fully operational this year.

The Zungeru 700MW Hydroelectric Power Project, stalled by court cases is due for completion in 2019.  The transmission and other requirements to operate the 30MW Gurara Phase 1 Hydroelectric Plant, the 40MW Kashimbilla Hydroelectric Plant and the 215 MW Kaduna Gas/LPG/Diesel Power Plant will also be completed this year.

A landmark project, Mambilla Hydroelectric Power Project is at last taking off.  This project has been on the drawing Board for 40 years, but now the engineering, procurement and construction contract for the 3,050MW project has been agreed with a Chinese joint venture Company with a financing commitment from the government of China.  Completion is targeted for 2023.

This Administration is working with the privatised distribution Companies to overcome the continuing challenges of distribution.

These massive public works should spearhead the recovery and lead millions back to employment. You will recall that it was not until last year that we got out of the economic recession into which the country had fallen as a consequence of past unsustainable economic policies which projected short-term illusory growth.

The government is slowly stabilizing the economy.

It was in order to change the steady and steep decline that we adopted the more sustainable policies and programmes captured in the Economic Recovery Plan. Diversification efforts have resulted in improved output particularly in agriculture and solid minerals sectors. The relative exchange rate stability has improved manufacturing sector performance.

We have got to get used to discipline and direction in economic management. The days of business as usual are numbered.

Two years ago I appealed to people to go back to the land. I am highly gratified that agriculture has picked up, contributing to the government’s effort to re-structure the economy. Rice imports will stop this year. Local rice, fresher and more nutritious will be on our dishes from now on.

By the same token, I am today appealing to enterprising Nigerians with ideas and unemployed graduates and other able-bodied and literate men and women with ideas not to just sit and wait for employment from the government or the Organized Private Sector. Great nations are built by enterprising people who turn their hands to anything that circumstances dictate.

In respect of political developments, I have kept a close watch on the on-going debate about “Restructuring”. No human law or edifice is perfect. Whatever structure we develop must periodically be perfected according to changing circumstances and the country’s socio-economic developments. We Nigerians can be very impatient and want to improve our conditions faster than may be possible considering our resources and capabilities. When all the aggregates of nationwide opinions are considered, my firm view is that our problems are more to do with process than structure.

We tried the Parliamentary system: we jettisoned it. Now there are shrill cries for a return to the Parliamentary structure. In older democracies these systems took centuries to evolve so we cannot expect a copied system to fit neatly our purposes. We must give a long period of trial and improvement before the system we have adopted is anywhere near fit for purpose.

However, there is a strong case for a closer look at the cost of government and for the public services long used to extravagance, waste and corruption to change for the better. I assure you that government is ever receptive to ideas which will improve governance and contribute to the country’s peace and stability.

As the electioneering season approaches politicians must avoid exploiting ethnicity and religion by linking ethnicity with religion and religion with politics. Such must be avoided at all costs if we are to live in harmony.

In this respect the rest of Nigeria could learn from the South Western States who have successfully internalized religion, ethnicity and politics.

Political discourse should be conducted with civility, decorum and in a constitutional manner. We all have a collective responsibility to strengthen our democracy and entrench the rule of law. We should draw encouragement from the series of bye-elections conducted by INEC last year which were generally violence free and their outcomes adjudged to be free and fair.

Before I conclude my address I must reassure my fellow citizens that security of life and property is still top of our government’s agenda. We have since beaten Boko Haram. Isolated attacks still occur, but even the best-policed countries cannot prevent determined criminals from committing terrible acts of terror as we have seen during the past years in Europe, Asia, Middle East, elsewhere in Africa and in America.

Our government remains determined to protect all Nigerians in line with our election pledge and promises. On behalf of all Nigerians let me offer our thanks to the Armed forces, the Police, other para-military forces and traditional authorities who are working round the clock to ensure that you and I go about our normal business in reasonable safety.

Terrorism and urban crimes are world-wide phenomena and our security forces are continuously adapting their responses to changing threats.

With regard to rampant cases of kidnappings, we are taking immediate short-term measures to combat this new evil creeping into our societies.  Tighter police methods and swift and severe punishment for those proved to be engaged in kidnapping are on the way.

With respect to Niger Delta, Government is still engaging responsible leadership of the Communities to help in identifying and addressing genuine grievances of the region. Our clean-up programme in collaboration with the United Nations is making satisfactory progress.

I am grateful to all the Governors and other Political & Community leaders of the Niger Delta States for their part in bringing relative peace to the areas.

Finally let me again express my heartfelt thanks to all Nigerians who prayed for me during my illness last year. I feel deeply humbled by your prayers and good wishes and I am more determined than ever to serve you to the best of my ability.

Good morning. And I wish everyone a Happy New Year. 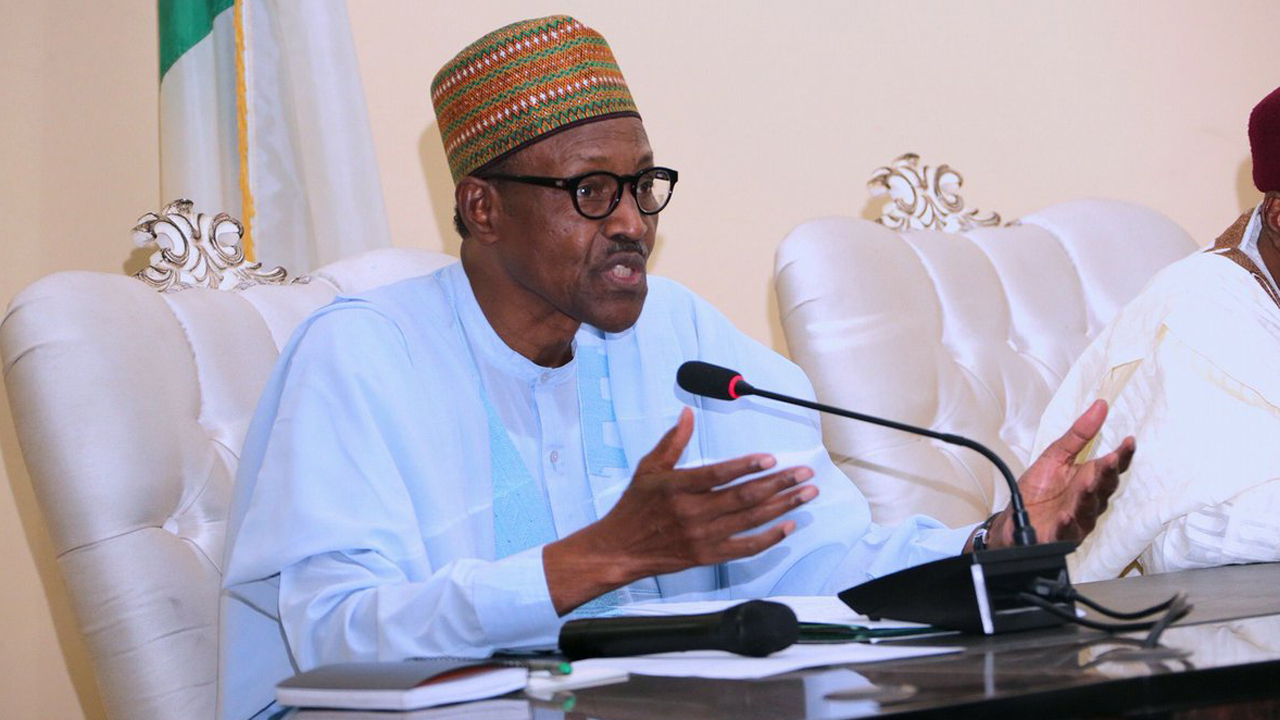