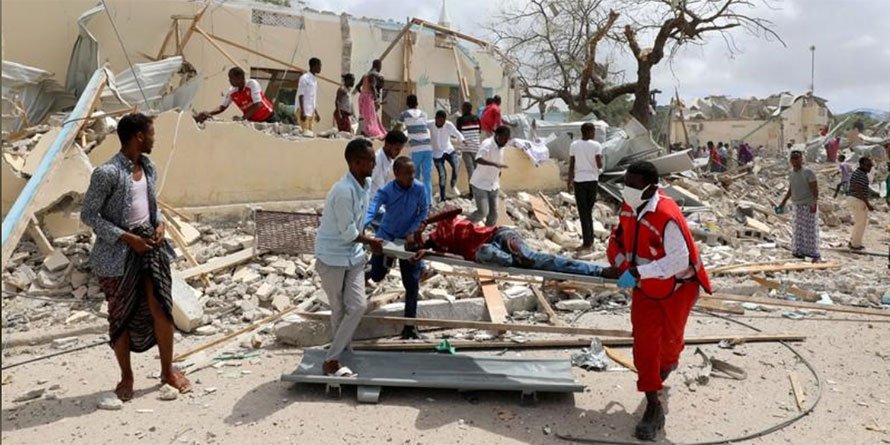 Several people were killed and others  injured when a car bomb exploded outside a local government office in Mogadishu on Monday, Somali police and rescue workers said.

He said seral others were wounded in the blast.

Police officer Ibrahim Mohamed said a vehicle had rammed a security checkpoint outside the Hodan district headquarters then exploded.

“The blast was huge,” he said.

The explosion levelled buildings and left a thick plume of smoke which could be seen across the city.

“It caused a huge blast and there was dust everywhere,” said Osman Ali, who was in the area at the time.

Images from the scene showed collapsed buildings — including a mosque — with rescue workers and civilians picking through the debris.

Nur Adan, a bystander, told africa24hrs.com he saw “several dead bodies being recovered from under wreckage” and that the blast had destroyed two local mosques.

The attack was claimed by the Shabaab, an al-Qaeda aligned jihadist group fighting to overthrow the internationally-backed government in Somalia.

Active for the last decade, the militants carry out regular bombings and armed assaults on government, military and civilian targets in the capital.