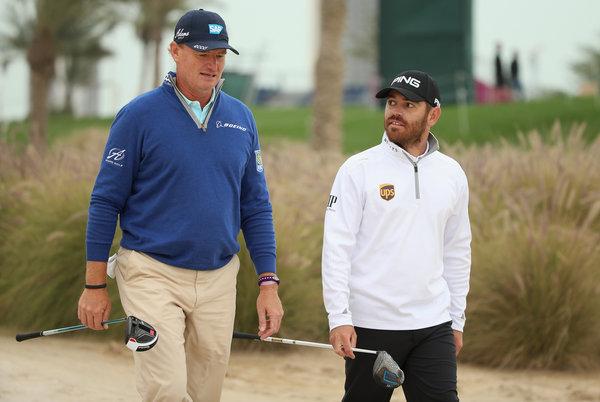 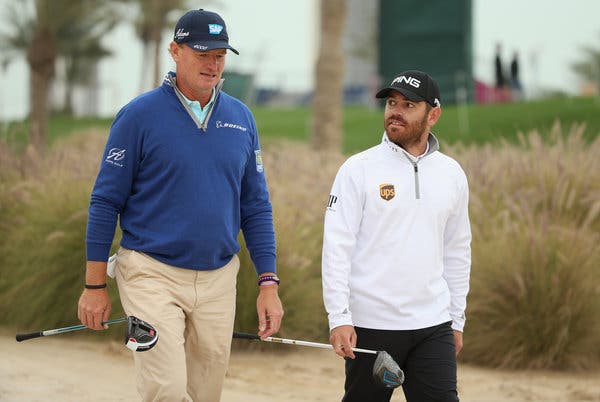 Ernie Els, left, and his golf foundation has helped provide support for a new generation of South African golfers, including Louis Oosthuizen, right. “Ernie was the helping hand to be able to do it all,”

Hannes van Niekerk remembers the exhaustion. For more than 30 years, van Niekerk has been associated with golf in South Africa, and he said his countrymen used to go to work tired on Monday mornings from staying up late to watch native son Ernie Els play in tournaments. With Els having won more than 70 titles around the world, including four major championships, since he turned pro in 1989, there were many tired Mondays for his fans.

“An entire nation watched Ernie play in tournaments every Sunday,” van Niekerk said. “That has changed now. We’re all fresh on Monday.” Van Niekerk, who since 2003 has headed the Ernie Els Fancourt Foundation, which helps amateur golfers from South Africa who do not have the financial means to play tournament golf, dreams of finding his country’s next champion to follow in the footsteps of Els, 48, who is still playing professionally but is not often in contention in the final round.

So far the foundation has an impressive track record, contributing to the development of three of the world’s top 50 players, and is providing not just clubs and tournament fees but something money cannot buy:

It all began with a dream. When Els was 8, he watched on TV as countryman Gary Player won the 1978 Masters. Els began to fantasize that someday it was going to be him hoisting the game’s most coveted trophies. On his first trip to the United States, when he was 14, Els had the audacity to beat the hometown favorite, a kid named Phil Mickelson, at the 1984 Junior World Golf Championship in San Diego. Mickelson still remembers details from their initial duel. 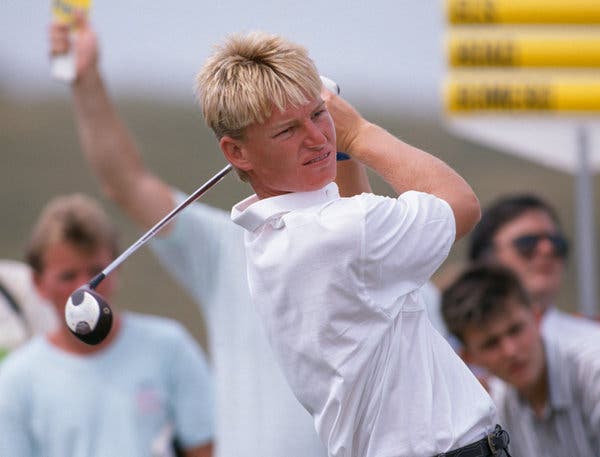 Els turned pro in 1989 and the British Open was his first major tournament.

“You hit this skipping, spinning wedge shot that checked up about a foot from the hole and that’s when I knew you were going to be a good player because I had not seen anybody else at 14 hit that shot,” Mickelson said to Els during a joint news conference at the P.G.A. Championship in August, where the two celebrated their 100th career start in a major championship.

In 2006 he merged his charity with a foundation spearheaded by Hasso Plattner, co-founder of software giant SAP and owner of Fancourt Golf Estate in South Africa, to form the Ernie Els & Fancourt Foundation. There are currently 13 boys and four girls in the program.

So far, 124 golfers have received membership. Els explained his inspiration for giving back was quite simple: He recognized his good fortune to come from a family with the resources to send him overseas to compete and find out how good he was.

“I’ve seen friends of mine who had as much talent as myself and they didn’t make it because they didn’t have the opportunity to test their game on a bigger stage,” Els said. Louis Oosthuizen, ranked No. 23 in the world, was the ninth member of Els’ foundation and Exhibit A for what Els hoped to achieve. 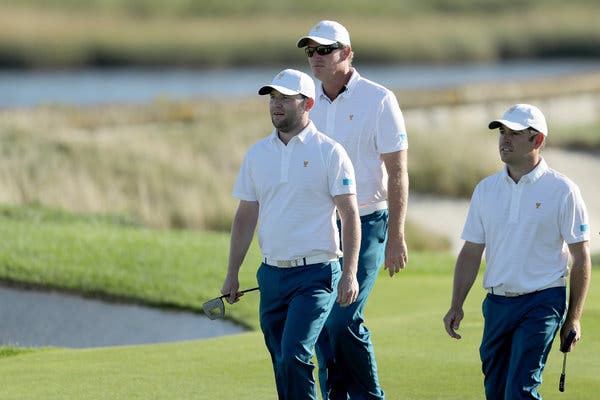 Els, center, and his foundation helped launch the careers of Branden Grace, left, ranked No. 42 in the world, and Louis Oosthuizen, ranked No. 23 in the world.
Oosthuizen said it would have been impossible for his father, a dairy farmer, to afford to take him all over the country to compete. “Ernie was the helping hand to be able to do it all,” Oosthuizen said.

When Oosthuizen won the 2010 British Open, his eyes watered when he publicly thanked Els for giving him his start. “I called Ernie right after Louis won and he was as happy as if he had won a major himself,” van Niekerk said.

But the truest measure of Oosthuizen’s gratitude may be the junior golf foundation he formed in 2009 in Mossel Bay, his hometown. Oosthuizen boasted that Christo Lamprecht of George, South Africa, one of the players he sponsors, qualified for the 12-man international team in the Junior Presidents Cup held last month at Plainfield Country Club in Edison, N.J. (So did Luca Filippi of Cape Town, who came from the Els foundation.)

Oosthuizen said he learned more than just his picture-perfect golf swing. Members regularly participated in life skills training, which included everything from how to conduct an interview with a reporter to which fork to use first at a five-course dinner. “We’re youngsters,” he said, “so what do we know.”

Charl Schwartzel of South Africa, who won the 2011 Masters, was inseparable from Oosthuizen when they were growing up. Schwartzel, ranked No. 32 in the world, never was a member of the Els foundation because he did not need financial support, but he often traveled with the team and learned from them.

Els and his son, Ben, who is autistic, at a golf tournament in 2015. Els established an autism foundation in 2009 after his son received a diagnosis
He called Els a big-brother figure. “He was the guy when I came to America who took me in, played practice rounds with me. I even stayed at his home for almost two years. My first round at Augusta was with him. Whenever I have a question about golf and my career, I ask him,” Schwartzel said.

In 2006 Branden Grace, who grew up near Pretoria and developed his swing hitting balls on the family’s farm, became the 46th player to join the Els foundation. His father sawed an old 3-iron down to size and the family sheep dog used to retrieve the balls. He told his father he wished he had cut down a wedge for him instead.

“That 3-iron was hard to hit,” he said. But it was enough to raise his curiosity. In January 2012, Grace gained his first victory as a professional, the Joburg Open in South Africa, earning a spot in the Volvo Golf Champions the following week at Fancourt.

He ended up winning the event in a playoff over his South African idols, Retief Goosen, a two-time U.S. Open champion, and Els. Grace, ranked No. 42 in the world, is one of golf’s budding stars, having already won on the PGA Tour among 11 worldwide victories and he has five Top 6 finishes in major championships. And van Niekerk said to look out for another recent member, Christiaan Bezuidenhout, the 93rd player to join the Els foundation, who won his first Sunshine Tour title in October 2016.

The golf development program is not the only way Els has given back. He established the Els for Autism Foundation with his wife, Liezl, in 2009 shortly after their son, Ben, was diagnosed with autism. In December, Els will receive the 2017 Heisman Humanitarian Award for his continuing efforts in helping those with autism.