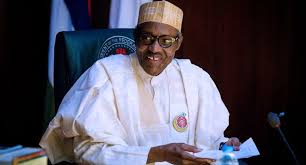 Just days before President Muhammadu Buhari meets his American counterpart, Donald Trump, in Washington DC, the United States government has released a report indicting the administration of the Nigerian leader of the festering human rights abuses in the country.

The US Department of State in its “Country Reports on Human Rights Practices for 2017” blamed the reluctance of the Buhari administration to properly investigate allegations of abuses, especially by members of the armed forces and top officials and prosecute those indicted as the main impediment to fighting rights violations.

“Impunity remained widespread at all levels of government. The government did not adequately investigate or prosecute most of the major outstanding allegations of human rights violations by the security forces or the majority of cases of police or military extortion or other abuse of power,” the recently released report stated.

“Authorities generally did not hold police, military, or other security force personnel accountable for the use of excessive or deadly force or for the deaths of persons in custody. State and federal panels of inquiry investigating suspicious deaths generally did not make their findings public. In August the acting president convened a civilian-led presidential investigative panel to review compliance of the armed forces with human rights obligations and rules of engagement. As of November, the panel had not issued a report,” the report noted.

In the same vein, the report highlighted a number of rights abuses, including extrajudicial killings, allegedly carried out by the country’s security forces, which the government vowed to investigate but has failed to either do so or release the report of such investigations.

“As of November, the government had not adequately investigated or held police or military personnel accountable for extrajudicial killings of supporters of IPOB movement in 2016. Amnesty International (AI) reported that security forces killed at least 150 IPOB members or supporters and arbitrarily arrested hundreds from August 2015 to August 2016. The Nigerian Army (NA) reportedly investigated the incidents as part of a broader Board of Inquiry (BOI), but its full report was not made public. There have been no reports of discipline or prosecution of police or military personnel.

“As of November, there were no reports of the federal government further investigating or holding individuals accountable for the 2015 killing and subsequent mass burial of members of the Shia group Islamic Movement of Nigeria (IMN) and other civilians by NA forces in Zaria, Kaduna State. The federal government had indicated it would wait for the results of a Kaduna State judicial commission of inquiry before taking further action to investigate or hold those responsible to account. In July 2016 the government of Kaduna made public the commission’s nonbinding report, which found the NA used “excessive and disproportionate” force during the 2015 altercations in which 348 IMN members and one soldier died. The commission recommended the federal government conduct an independent investigation and prosecute anyone found to have acted unlawfully. It also called for the proscription of the IMN and the monitoring of its members and their activities.”

The report also frowned at the disappearance of members of anti-government groups such as the Indigenous People of Biafra and members of the Shiite sect, Islamic Movement of Nigeria (IMN). The secret police, Department for State Security (DSS) was particularly blamed for arbitrary abduction of persons opposed to the government.

The U.S. government also chastised the country’s security forces for widespread use of torture and the use of evidence and confession obtained via torture during prosecution of suspects even though the law of the country clearly forbids it.

“The constitution and law prohibit torture and other cruel, inhuman, or degrading treatment. The Administration of Criminal Justice Act (ACJA), passed in 2015, prohibits torture and cruel, inhuman, or degrading treatment of arrestees; however, it fails to prescribe penalties for violators. Each state must also individually adopt the ACJA for the legislation to apply beyond the FCT and federal agencies. As of November only the states of Anambra, Cross Rivers, Ekiti, Enugu, Lagos, Ondo, and Oyo had adopted ACJA-compliant legislation. In July both houses of the National Assembly passed an antitorture bill, which was waiting for the president’s signature.

“The Ministry of Justice previously established a National Committee against Torture (NCAT). Lack of legal and operational independence and lack of funding, however, prevented NCAT from carrying out its work effectively.

“The law prohibits the introduction into trials of evidence and confessions obtained through torture. Authorities did not respect this prohibition, however, and police often used torture to extract confessions later used to try suspects. Police also repeatedly mistreated civilians to extort money.”

The report also highlighted the right abuses and violations allegedly perpetrated by the Special Anti-Robbery Squad(SARS) of the police and the Civilian JTF in the northeast of the country. It noted that despite social media campaign against the excesses of SARS and Amnesty International’s report detailing abuses perpetrated by members of the government backed Civilian JTF, the government has not taken any recognizable action to address the concerns raised.